Let me start by saying………it’s OK to say: 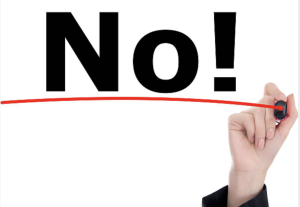 I know – it’s easier to SAY than DO, but saying NO is a very powerful tool.  (for me) I’d rather say NO <up-front>, instead of saying YES and then having to tell them NO (after-the-fact).   <insert egg on face: HERE>

You have probably heard the saying, “The customer is always right.” Chances are, as a customer, you felt that this catchy phrase applied to you. But this phrase, popularized by Harry Gordon Selfridge in the early 1900s, is wrong — and wrong for a number of reasons. [...]  Read More