Well – this was the year that (after four LONG ones) IU was going to finally make the Big Dance……..along with all of the Brackets, Buckets & Beers.  Unfortunately, that’s not going to be a reality, now. 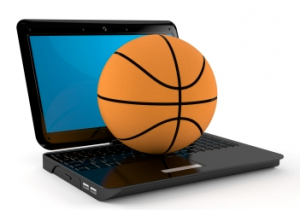 Even WITH this year’s cancellation – what does that mean to you?  Multi-screen viewership is alive and well!

Cross-device marketing is key for events like live sports, which are consumed on a number of platforms.  But, it’s also important to understand the time spent with each of these media platforms.

In 2019, US Adults spent an average of 12 hours and 9 minutes watching media.  And, over HALF of that media consumption came from Digital (see below). 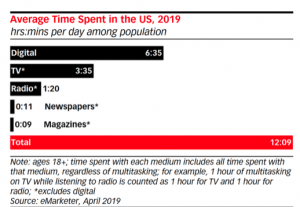 The forecast estimated adults spent an average of 3 hours, 43 minutes daily on mobile devices, not counting calls, and 3 hours, 35 minutes watching TV.  For the first time in Media History, Digital has surpassed the King of ALL electronic Media, television. 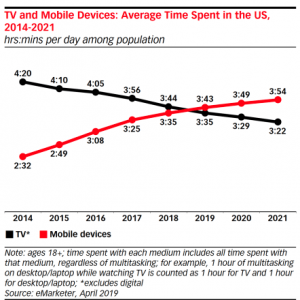 So what (exactly) is a ‘Digital Device’?

An information system is made up of five components: hardware, software, data, people, and process. The physical parts of computing devices – those that you can actually touch – are referred to as hardware.

As stated above, computer hardware encompasses digital devices that you can physically touch. This includes devices such as the following:

(as the trends suggest) more people are online AS WELL AS spending over half of their ‘waking hours’ online so why wouldn’t you have a responsive website?

Almost every new client these days wants a mobile version of their website. It’s practically essential after all: one design for the BlackBerry, another for the iPhone, the iPad, netbook, Kindle — and all screen resolutions must be compatible, too.  In the field of Web design and development, we’re quickly getting to the point of being unable to keep up with the endless new resolutions and devices. For many websites, creating a website version for each resolution and new device would be impossible, or at least impractical. Should we just suffer the consequences of losing visitors from one device, for the benefit of gaining visitors from another? Or is there another option?

Find out more about Responsive Websites in our next article.